Like America herself, our production was filled with heartbreak and mistakes, pride and beauty. In November of 2017, folk singer and frequent collaborator Hayley Reardon reached out to me with a demo of her new track, a reimagining of “America the Beautiful”. The track is a reminder of the immense heart and beauty that is alive and well in this country despite all that feels broken. I was so moved when I listened to it for the first time and from that first listen to the final locked cut, it was clear that the best route was to allow the track to speak for itself and not overwhelm the message.

What started as a fuzzy vision of a montage to accompany the song gradually became refined through months of conversation, shooting, editing, and repetition. Principal photography began in January of 2018 with a small crew and a Sony F3 that I had just taken delivery of a few weeks prior. We shot a day of performance shots in Massachusetts followed by a day of landscapes, farms, and small towns throughout

western Massachusetts and Vermont. Afterwards I travelled back to New York where we shot 16mm film on a Bolex with Switar Lenses (10mm, 25mm, and a personal favorite of mine, the 75mm f/1.9). Metropolis Post in New York City coordinated our film post-production, which included processing 200’ of 7203 and 7219 at Kodak Brooklyn, making 2K scans for 1.85:1 extractions from the regular 16mm footage, and color grading the film footage. I can’t thank Sarah, John, and Ian enough for making it a reality to shoot part of our project on motion picture film!

Post-Production began by the end of February and we started editing together performance shots, b-roll, and archive footage. But after nearly a month of post-production and 7 drafts in, we got stuck. Something didn’t feel right about the edit and we weren’t sure how to fix it. The scope didn’t feel expansive enough, the archive footage didn’t seem to fit, and the video felt like it paled in comparison to the song. Hayley and I were working together from opposite ends of the East Coast, she was in Nashville and I was in New York, and maintaining collaboration became difficult. Towards the end of March we had reluctantly shelved the project with a commitment to pick it up again once Hayley and I could get together in person in June.

This was a tough period, it felt like we were teetering at the verge of failure. As an artist I was lost in the vastness of the American experience and I began to wonder if I had taken on more than I could handle. Our country is so expansive, it felt impossible to capture anywhere near the amount of people, locations, and events to tell the full story of our country. It was during this time that I looked externally for inspiration. I looked to pieces of American Idealism, in particular Ron Howard’s Apollo 13 and Roberta Grossman and Sophie Sartain’s documentary Seeing Allred. I was moved by both films and loved the sense of American pride and optimism, but as Hayley and I delved deeper into the themes of our video, it was clear that our vision did not want to gloss over America’s flaws. I moved then to studying black and white photographs of the civil rights movement in the 1950s and 60s. The work of Bill Hudson, Bruce Davidson, and Charles Moore to me was both chilling and inspiring. A large part of why we ended up releasing the video in black in white was in homage to these photographs.

By June, Hayley and I had each thought about the project extensively and we had a better picture of what we needed to capture. There still was a lingering doubt between us though as to whether we could truly find what we needed to create the product we wanted. We pushed through our worries and shot a day of pickup shots – on my Sony F3 now paired with an Atomos Samurai Blade recording 10bit 422 ProResHQ files to SSD drives. The kit was rounded out by my personal set of Canon FD stills lenses, which includes a 28mm f/2.8, a 35mm f/2.0, a 50mm f/1.4, a 100mm f/2.8, and a hazy 200mm f/2.8 that really is a joy to pull out of the kit every now and again. After months of shooting and editing we had come to realize that we were not shooting a music video, we were really shooting a documentary. You’ll notice that, even though we shot them, there are no performance shots are in the video – an idea Hayley had advocated for from the very beginning of the project. Switching our mindset to that of documentarians changed the way we worked. We looked not to stage, but instead to capture real moments with real people living their real American experience.

To get us back on track, we used a technique taught to me by my professor and mentor George Nicholas – watch all your footage. It’s easy when we go to edit to immediately just start dragging clips into the timeline in an attempt to bottle the excitement of the shoot. George advocates for a more cautious approach. In his classes he requires his students to create an assembly edit, which is every shot from start to finish strung out in the order of the script or shot list. Hayley and I used this technique and watched every clip that we had shot for the project so far. What we found were shots that we already possessed that had been overlooked in earlier edits. There were also shots that inspired us and pulled us in different directions. One such shot was a quick clip that I had taken, quite absentmindedly, of Hayley driving. When she saw that, something lit up for her and we found a new direction for the project.

We started the edit from scratch with a new vision: a drive through America. This allowed us to let go of the impossible task of trying to show the entirety of America and instead allowed us to show a slice of many different Americas. We shot a few more days of pickups – with no crew, just Hayley and I carting cases of camera gear. Included in these were more shots of people and shots of Hayley driving with the world passing through the windows of her old blue Jeep Grand Cherokee. We even - quite accidentally - marched in a Pride parade while capturing footage, and I'll never forget how moved I was seeing people, young and old, joining together in acceptance and celebration. We photographed different generations, races, creeds, religions, but more importantly than that, we photographed people. We captured our America – and we hope we captured some of yours too.

Please enjoy the results of our many months of work! I owe a special thanks to Hayley for bringing this project to me, my camera assistants for principal photography Henry Power and Paul Strileckis, George Nicholas for his advice, and Metropolis Post for making it possible for us to shoot partially on film.

Edited in Adobe Premiere, Conformed and Graded in DaVinci Resolve 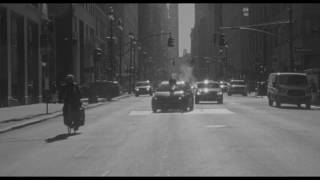 "America the Beautiful" is out now!

Check out "7 Splinters in Time"!

Tough Love: There Are No Shortcuts in Advertising

How Story Based Advertising Can Help Grow Your Business 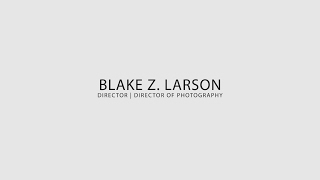